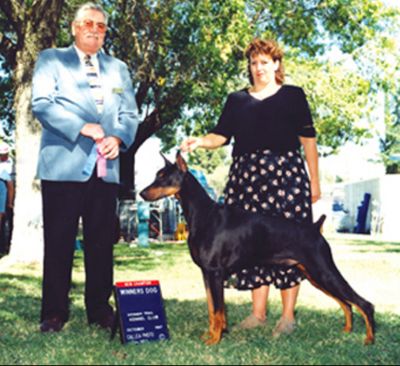 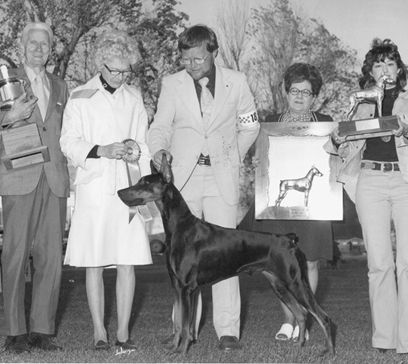 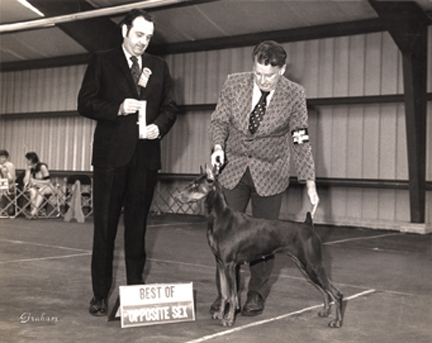 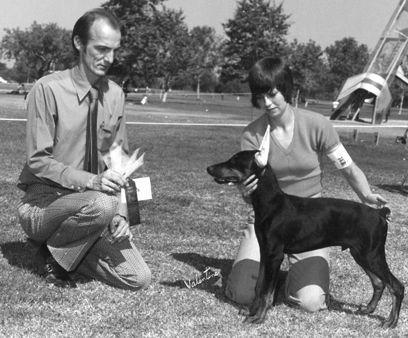 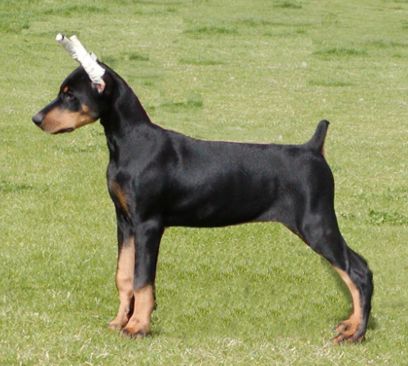 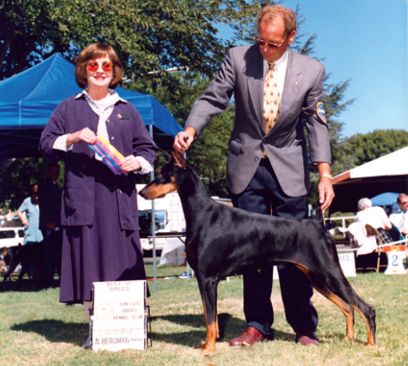 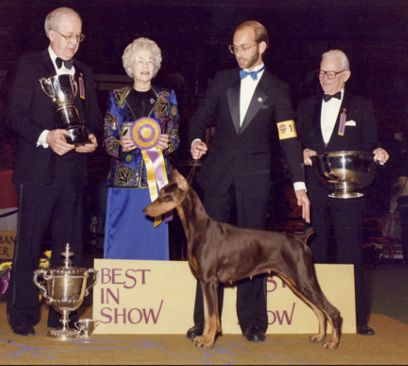 Ch. Electra's Overdose as a puppy

The Windwalker was the result of a personal ten-year goal to produce another Best in Show winner.  Even though his show record was enviable, as his breeder I was most delighted with the consistent high quality of his get.  Many of them took their turn beating him in the show ring.

At the 1986 DPCA National Specialty, Windwalker won an Award of Merit, along with one of his daughters, Ch. Brierpatch’s Querida. I watched him win the Stud Dog class and I was selected as Breeder of the Year. In 1987, Windwalker won the Stud Dog class for the second time and his dam won the Brood Bitch class. He was chosen Best of Opposite Sex to his daughter, Ch. Royal Tudor's Wild As The Wind.

Congratulations, you have attained the highest goal a breeder can hope for.  To have the daughter of your sire win the National Specialty and the sire win the Best of Opposite is the perfect way to show the world that the sire produces better than himself, but not much.

It was a great tribute from a very successful breeder in her own right.  In my heart I know who won that day and at almost six years old, Morgan retired from the show ring never looking or showing better.

At one point Windwalker broke the longtime producing record (55 champions) of the dog to which he was line bred, Hans Schmidt’s Ch. Delegate v.d. Elbe. Windwalker’s record of 94 AKC champions has since been broken by his grandson, Cryptonite, whose own record was then exceeded by his grandson, Cactus Cash, who was sired by Ch.Rahdy’s Sail the Seven Seas (Cryptonite out of a Windwalker daughter).

In Pat Trotter’s book, “Born to Win - Breed to Succeed” (a must read for the serious breeder) she predicted, “when Windwalker’s record is challenged, it will no doubt be as he himself challenged Delegate - by a member of his own family.”

Windwalker unmistakably stamped his get and his prepotency for so many desirable traits; left me many excellent specimens with which to continue.  It was hard to keep up the momentum and I really wasn’t interested in having another dog at public stud. Continuing on as a breeder has kept me involved at a slower pace over the years and my focus has been on a body of work rather than an individual dog.

It has been twenty years since Windwalker’s death in 1990 at the age of eight and a half. He died from a ruptured lumbar disc that set up an infection in his spinal cord. This left him paralyzed in the rear and after surgery with no improvement; I knew it was time to let him go.

My friend and mentor, Tommie Jones wrote a touching tribute that meant so much to me from one breeder to another:

“The stamp is there — the wonderful qualities, the elegance and smoothness. I take the sleeping two week old, red double granddaughters into my lap for 'socializing.' My fingertips gently follow the scapula ridges, the straight smooth top lines, the equilateral triangular croups and then move up to lift the lovely sleepy heads and arched necks."

He gave me a lot, too. I know he is gone. But it is not so bad when so much of him is still with me --- in sight and in memories.

I was proud as his breeder that Windwalker stamped his get with elegance, smoothness, good bone, substance, short backs and a “look” (which I consider correct breed type) that was recognized all over the country. 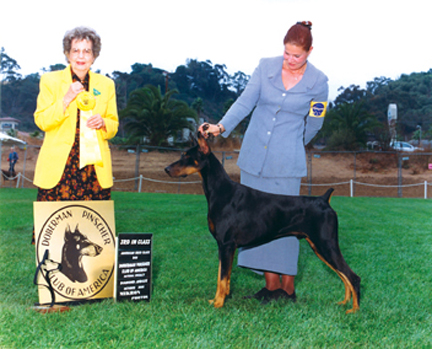 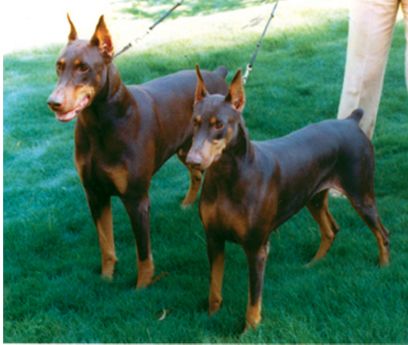 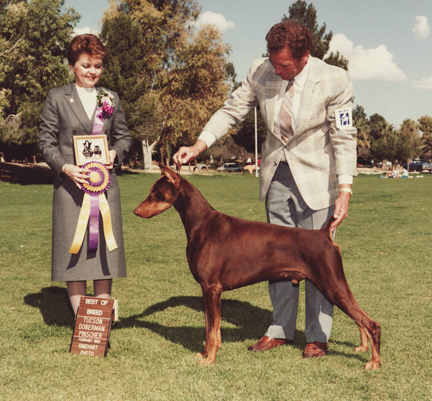 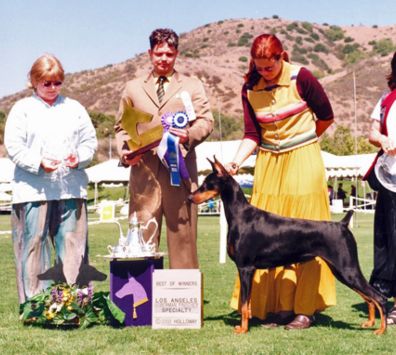 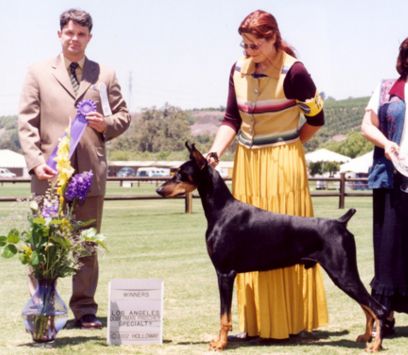 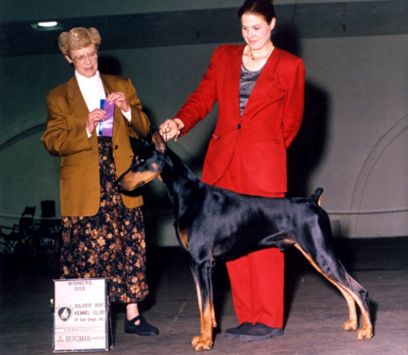 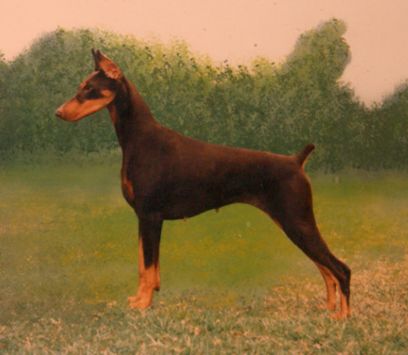 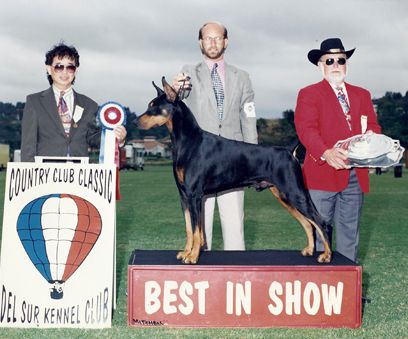 Passing Parade &  Rally Round The Flag

Electra's Wind At My Back